Due to inactivity, this wiki is a candidate for deletion. If you believe this wiki should remain, please post a message at the community portal, or message the Wiki Manager directly. Objections should be made before February 14.

We are currently maintaining 349 pages (8 articles).

Please feel free to contribute by creating new articles or expanding existing ones.

About The Incredible Adventures of Van Helsing

The core concept for The Incredible Adventures of Van Helsing originates from one of the protagonists in Bram Stoker’s Dracula, namely Van Helsing, the legendary vampire hunter, in this case set in a similar universe that resembles Europe in the 19th century, where monsters, magic and weird technology is real. Our protagonist is the son of the legendary Van Helsing who takes upon himself his father’s duties – a young man trained to slay monsters and rescue innocent souls, confident in his abilities as a hunter but still lacking the experience in using these abilities in real life.

Young Van Helsing is a gothic noir hero with a flair for the dramatic and Romantic gloom, who sees the world in black and white, taking everything a bit too seriously. He is the protagonist of his own grand tale, narrating his own adventures almost continuously.

And now he will face the most incredible adventure of his life, when the strange twist of fate brings him to the aid of the ancient and noble monsters of Borgovia threatened by a menace even more frightening than they ever could have imagined. Now the vampire lords and the werewolf clans need the greatest hunter of all times to fight the scientific nightmares appearing in their realm, created by a Frankenstein-like mad scientist who intends to give birth to a new age of enlightenment. 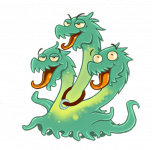 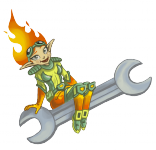 The Incredible Adventures of Van Helsing Links
Official page
NeoCore Games
Wiki
Help Wiki
General Help
Getting Started
Editing pages
New pages
Moving pages
Basic images
Links
Community
Register
How to help
To write a new article, just enter the article title in the box below or in the search box at the top of the page.
Main page sections: Top · Flex · Bottom. Changes for the main page can be proposed here.
Retrieved from "https://iavh.gamepedia.com/index.php?title=The_Incredible_Adventures_of_Van_Helsing_Wiki&oldid=1816"
Category: